Pablo Garcia Borboroglu, founder and director of the Global Penguin Society, an organization that worked with the government of Argentina to secure the protection of 3.1 million hectares of penguin habitat in Patagonia, is the 2018 winner of the National Geographic Society/Buffett Award for Leadership in Latin American Conservation. Leonidas Nzigiyimpa, chief warden in charge...

Borboroglu and Nzigiyimpa received their $25,000 awards at the 2018 National Geographic Awards at GWU Lisner Auditorium in Washington, D.C., on Thursday, June 14. The awards ceremony was part of the week-long National Geographic Explorers Festival, a celebration of exploration bringing together the most fascinating and innovative scientists, conservationists, explorers and storytellers to share — with one another, and with the world — how their discoveries and ideas are creating change for the better.

Established through a gift from the Howard G. Buffett Foundation in 2002 to celebrate and recognize unsung conservation heroes working in the field, the National Geographic Society/Buffett Award for Leadership in Conservation is given each year to two outstanding conservationists, one in Latin America and one in Africa. The award acknowledges the winners’ remarkable work and lifetime contributions that further the understanding and practice of conservation in their countries. 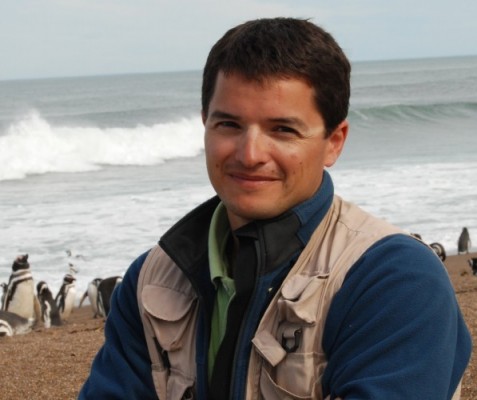 As founder and director of the Global Penguin Society, an international science-based conservation coalition dedicated to the survival and protection of the world’s penguin species, Borboroglu’s work focuses on different aspects of the ecology, management and conservation of seabirds, with special emphasis on penguins. He has been involved in marine conservation since 1989.

“To be recognized and to receive this National Geographic/Buffett Award is a tremendous accomplishment,” Borboroglu said. “I feel so honored and so grateful to have the opportunity to share what I do for penguins and for marine conservation with all of my colleagues and with all of the people that are really interested in wildlife and conservation.”

In the last decade, Borboroglu has been leading a global conservation effort to benefit penguins in several countries at different scales, including the creation of large marine protected areas on land and in the ocean and the improvement of penguin colony management. Examples of his efforts include working with the government of Argentina to secure the protection of 3.1 million hectares of penguin habitat in Patagonia. This new UNESCO Biosphere Reserve is 58 percent marine and 42 percent land and contains almost half of the global population of Magellanic penguins. This new reserve, called Patagonia Azul, was granted status in 2015.

Borboroglu is also passionate about inspiring and educating the next generation of our planet’s guardians: our children. His educational program, Messengers of the Sea, is in its 10th year and has taught thousands of students across Latin America about the importance of protecting our natural world.“I see penguins as the perfect meeting point for all the people that love nature and respect the environment,” said Borboroglu. “I love getting the opportunity to work with children — they’re really excited to learn about and love the penguins. Working together as a powerful network with the next generation of explorers is going to inspire the change that we need to save this planet.” 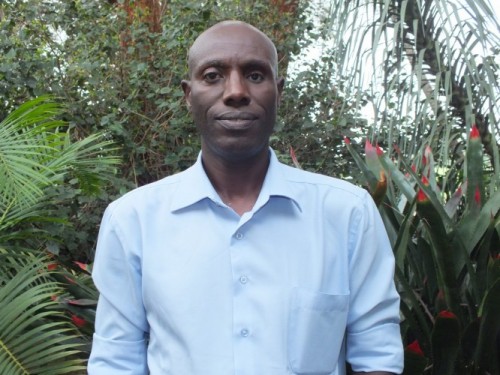 Nzigiyimpa has been chief warden in charge of the protected areas in the southern region of Burundi since 2001. Through his commitment, passion and leadership, he is safeguarding the critical habitats of scores of species of birds and mammals, and is addressing the challenge of agricultural encroachment by involving communities in management and conservation decisions.

“When we involve communities in conservation, we empower them to take control of their destiny,” said Nzigiyimpa. “Receiving this award was a big surprise, but I’m proud to say that what I am doing with my collaborators and community in a small area can go beyond the borders of my country and beyond the borders of Africa to inspire others around the world.”

Through promoting ecotourism and agrotourism in Burundi, involving and educating local communities in the reserve’s management and conservation, Nzigiyimpa is committed to improving the livelihoods of the communities where he works while fostering respect for the environment.

Against a backdrop of political and social unrest, and even death threats, Nzigiyimpa is working toward his dream of offering Burundians and others a peaceful place where they can admire the natural beauty of the region and become advocates for its protection.

“I am convinced that through biodiversity, we can create richness and empower communities,” said Nzigiyimpa. “When we protect the environment, we contribute to a reinforced peace with our planet.”