Remembering the Titanic: The Story of Leah Aks

The Titanic, still shrouded in mystery, holds stories of loss and resilience. Stories that even a century later continue to resonate with us. For decades, National Geographic has shared the narrative of the ship from its voyage to its discovery and the profound impact its legacy still has today. Our “Titanic: The Untold Story” exhibition... 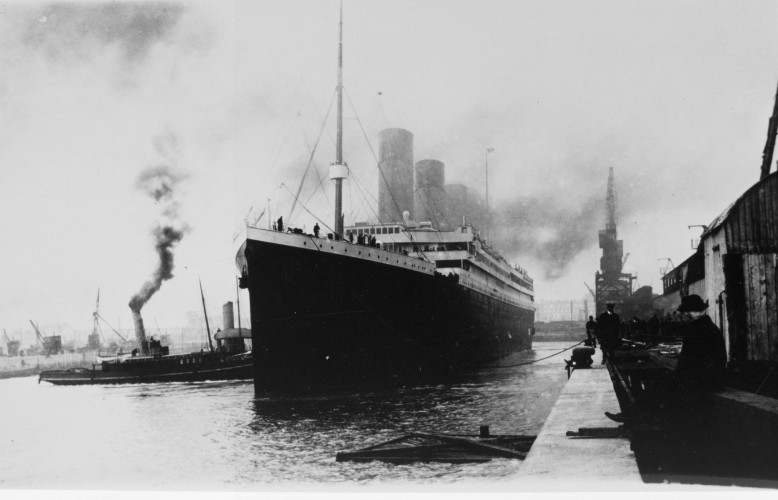 The Titanic, still shrouded in mystery, holds stories of loss and resilience. Stories that even a century later continue to resonate with us. For decades, National Geographic has shared the narrative of the ship from its voyage to its discovery and the profound impact its legacy still has today. Our “Titanic: The Untold Story” exhibition now on display at our headquarters in Washington, D.C., shares the experiences ofTitanicsurvivors from around the world.Yet, there is one more chapter to the story that comes from our own backyard.

Elissa Aks-Srabstein, a descendant of two Titanic survivors, lives in Potomac, Maryland, and visited the exhibition earlier this year.

Following her visit, Elissa and her cousin Shelley Binder graciously shared their family’s remarkable story, which has been passed down over generations through family recitations.

Their great grandmother Leah Aks, then an 18-year-old new mother, and her 10-month-old baby, Frank “Filly” Aks, were onboard theTitanicon that fateful night. Leah climbed aboard theTitanic, with her son in tow, as a third-class passenger. A third-class ticket on theTitanicwas much more lavish than it was on other ships of their time. On the night of April 14, 1912, Leah went to a third-class party where she ate foods she had never tried before and met other bright-eyed immigrants, anxious for the future ahead. Later that night, Leah was awoken by a knock on her door and was confronted by chaos and confusion. When she ran up to the sea deck she was met by panicked shouts and commotion. Lifeboats had been dropped in the water, and a distress flare lit up the sky.

She returned to her cabin, fumbled to find life jackets, and dressed Filly. Making her way back to the sea deck, she became trapped bycrowds blocking the stairs due toa locked gate. Men on the deck above saw Leah and other women below and began to build a “human ladder,” hoisting women up from deck to deck. Suddenly, Leah felt Filly being pulled from her arms. She looked everywhere for him in the mayhem, but got steered onto a lifeboat where she became one of the lucky few to find her way off theTitanic.

Thinking that her son was lost, Leah had a complete mental collapse while aboard theCarpathia,the ship that responded to theTitanic’sdistress signals and rescued survivors. Thoughthe story becomes more convoluted at this point, made foggy in the chaos of the moment and twisted by faded memories retold over generations in the conclusion of each story, Leah eventually reunites with Filly, hearing his cry and identifying him by the strawberry birthmark on his chest.

The tragedy of the Titanic permanently altered our world and will forever remain a significant moment in history. Leah’s story is just one among thousands that have been passed down from generation to generation. National Geographic is honored to tell a number of passengers’ stories in our “Titanic: The Untold Story” exhibition and is grateful to Elissa and Shelley for sharing their family’s story. Plan your visit to hear more Titanic stories before the exhibition closes on January 1.